STRYKER Devices registered with the FDA:192

The Stryker Corporation is a New York Stock Exchange-traded company that was founded in Michigan in 1941 by orthopedist Dr. Homer Stryker. As you might expect, Stryker has developed into a leading manufacturer of medical devices and orthopedic implants and equipment. From orthopaedics to endoscopy to hospital beds and more, Stryker has grown its product line tremendously in recent years.

The company's founder was a true inventor and pioneer in the medical industry, as he developed the turning frame and walking heel in the 1930s. Future innovations included a patent for an oscillating saw to cut casts and the Circ-o-Lectric hospital bed. The company continued to develop new products over the decades and become publically traded in 1979. That gave the company the resources to expand even more and in the 1980s they entered the endoscopy market. By 1998 the company has hit $1 billion in annual sales and that number continues to rise, as does the popularity of refurbished Stryker medical equipment around the world. The company earned a huge honor in 2005 when it was ranked number one on the Forbes list of most admired medical equipment companies.

Stryker's worldwide headquarters are still located in Kalamazoo, Michigan, but the company now has offices around the globe, including Stryker Orthopaedics in New Jersey, Stryker Medical in Portage, Michigan, and Stryker Endoscopy in San Jose, California, plus several other Stryker office locations. The company also has offices in Austria, Finland, France, Germany, Portugal and several other countries. The remarkable growth of the formerly family-run operation would not have been possible without a quality product, and any medical professional who has used Stryker medical equipment will tell you that the company is well known for durable and reliable devices. You can learn more about Stryker and all the Stryker medical equipment available at the company's official website at www.stryker.com. 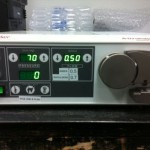 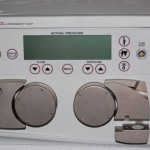 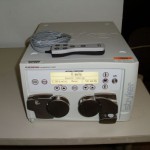