Sony Devices registered with the FDA:51

The Sony Corporation is one of the largest companies in the world, and while it might be better known for electronics and entertainment, it is also a leading manufacturer of medical equipment, from monitors to cameras to printers and more. Sony medical cameras are a vital part of medical systems all over the world, as are their medical grade monitors and printers and imagers. Sony is also a leading maker of medical grade HD digital video recording systems, and you can trust a name like Sony to produce exceptional results when it comes to digital recording and technology.

Sony does not manufacture a huge number of standalone medical devices, like ultrasound systems or CT scanners, but they do produce many components that are integral to hospitals and medical offices. The quality of Sony medical equipment is second to none, and for that reason many medical professionals actively seek out used Sony medical equipment to save money without sacrificing quality or reliability. When it comes to medical imaging, there really is no room for error, and that's why so many doctors prefer Sony medical printers and imaging systems to produce accurate and clear results each and every time.

Of course Sony is known for much more than just Sony medical equipment, and since being founded in the 1940s the company has seen remarkable growth around the world. Sony started as a transistor radio manufacturer and quickly expanded into other areas, and more recently has become known for its Sony Pictures Entertainment division and the very popular Sony PlayStation gaming system. Just about every home and business has multiple Sony products, from cameras to computers to video games, and you might be surprised to see how many hospitals and medical practices rely on Sony medical equipment. Visit pro.sony.com/bbsc/ssr/mkt-medical/ for more information about Sony Medical. 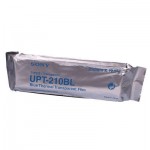 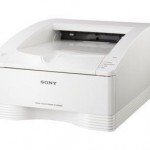